Almost all magicians know about sponge balls, but not every magician knows sponge doughnut, a great accessory to combine with magic props and create unique performances, especially for children.

Today, I would like to introduce to you, magicians interested in sponge magic, about a great accessory, which is sponge doughnut and what it can do.

First, what is sponge magic?

First of all, to make sure that everyone understands what sponge magic is, although there is a surplus, I would like to introduce a little about sponge magic. Sponge magic, or sponge ball magic, because most magicians use sponge ball to perform magic tricks. 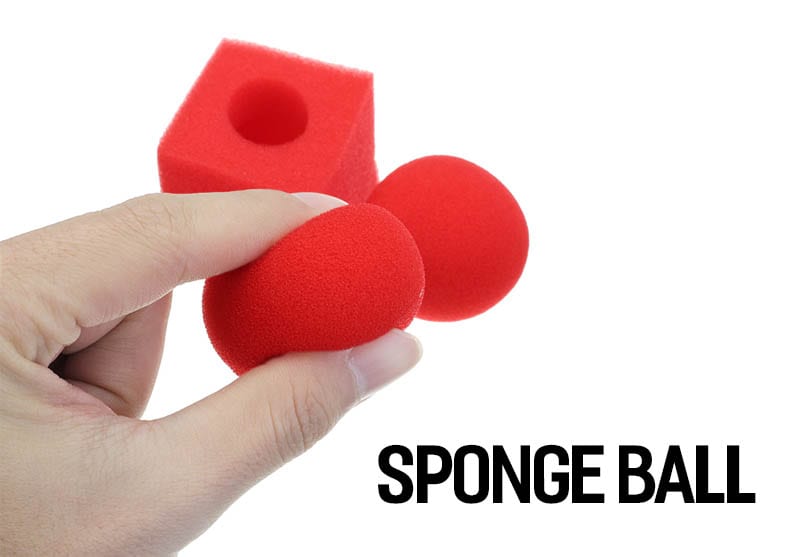 The principle of sponge magic is very simple, sponge balls are all made of sponge, so it can be compressed and hidden in your hand or elsewhere without the audience being spotted. Magicians often use palming techniques to perform with sponge balls.

And what is sponge doughnut magic prop?

Sponge doughnut, as the name implies, this is a doughnut-shaped sponge. And also with its small compressive properties, sponge doughnut can also be hidden inside other magic props. 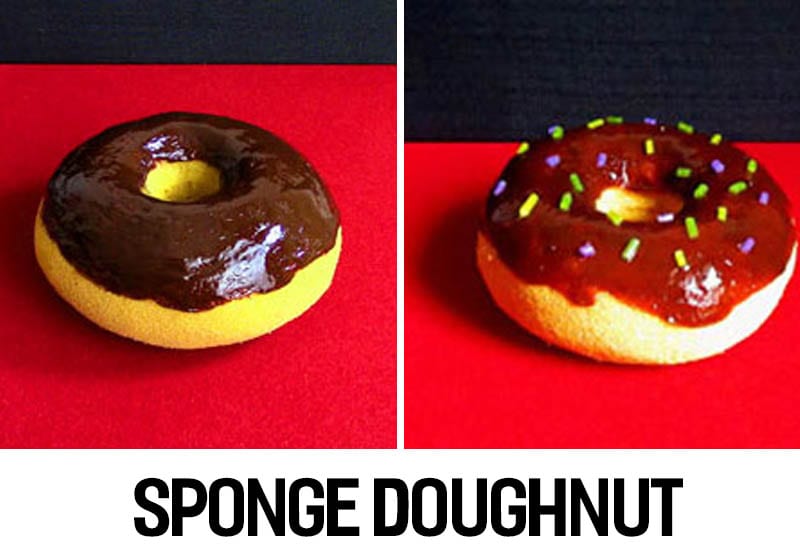 Sponge doughnut come in many variations and colors, as you know, there are so many types of donuts that we can’t count, if the manufacturers only imitate 1% of the cakes, then is too much.

YES and NO. YES means that magicians can still perform a magic show with these “sponge doughnut”, and even create amazing effects.

NO means that magicians cannot perform with pure skills like sponge balls, and magicians need magic props to combine.

These magic props are usually those with two compartments to hide and then make objects appear, and the items here are doughnut made from sponge, which children love.

Amazing Pan is the top magic props on this list, because it is the most suitable props to perform with sponge doughnut. This props bring the effect of turning the “fire” into a dozen delicious donuts for everyone. 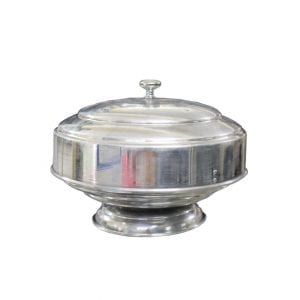 It is true that with this props, you can even turn out the real donut, but of course, the sponge doughnut is still the first choice, and the reason why if you think carefully, you will realize.

Change Bag is one of the first props I know of, which is also one of the most popular magic props used by magicians. 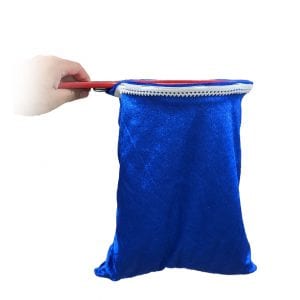 With this props, you will turn out a doughnut from a bag, or transform a donut from a handkerchief. The downside is that you can’t put a lot of donut in the bag.

With Draw Box, you can create a “blast” of doughnuts by compressing many sponge doughnut into this box. 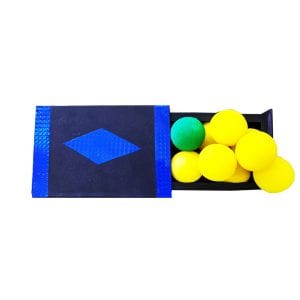 
This is a box with a secret compartment that helps the magician appear or disappear everything to fit the box.

Octagon Box is a great magic prop to turn a balloon into … a doughnut … twice. 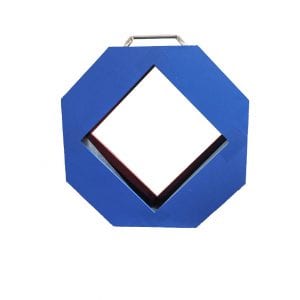 
This props is very creative, but in my personal opinion it doesn’t seem to work well with making a donut, hopefully you’re creative enough to combine the two together.

The Black Mystical Box helps magicians transform an empty box into different objects, so you can turn into doughnut if you want. 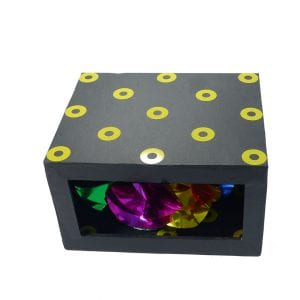 
However, the design of this box does not allow you to compress the doughnut sponge, so maybe the effect it brings is not so good, the best performance with this box will be to perform with pigeons.

How to make a Sponge Doughnut magic prop?

This is an interesting question, many magicians always want DIY their magic props at home, this help them save money and it is also an interesting passion.
Honestly, we can’t make a sponge doughnut at home with the same quality as when buying a sponge doughnut at a magic shop. But you can refer to a method of implementation in the video below.
I hope this video helped you, it’s not a bad creation either. 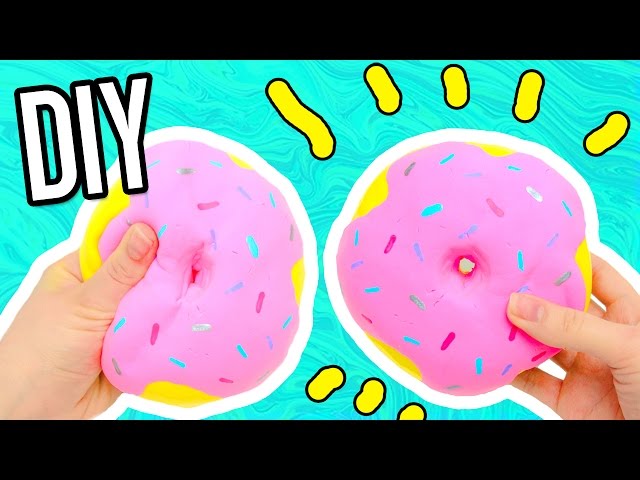 I know that there will be some newbie interested in sponge magic, there will be lots of questions you will want to ask, just leave a comment, I will answer you if possible. Here are some frequently asked questions:

Where can I learn magic tricks with sponge ball?

You can learn sponge ball magic tricks for free on YouTube. Or to learn a more methodical and systematic way, you can buy DVDs of famous magicians at magic shops to study at home.

If you have a lot of money, you can hire your favorite magician to teach you.

How long does it take to practice and I can perform the first magic trick?

If you understand the principles of the palming, then with only 5 minutes you can do it.

However, it will take you several months to truly master a sponge ball performance and can improvise all the situations encountered when performing on the street.

Who is the sponge magic suitable for?

Sponge magic is suitable for everyone, because it is safe, fun and surprising, you can perform it to surprise people, anytime, anywhere.

However, if talking about sponge doughnut in particular, I think it is only suitable for performing for the kids, of course that’s just my personal opinion.

Where can I buy sponge balls and sponge doughnut?

As for the sponge doughnut, I know a few magic shops that sell it, but not many, you need to search on the internet to find the magic shop closest to you. 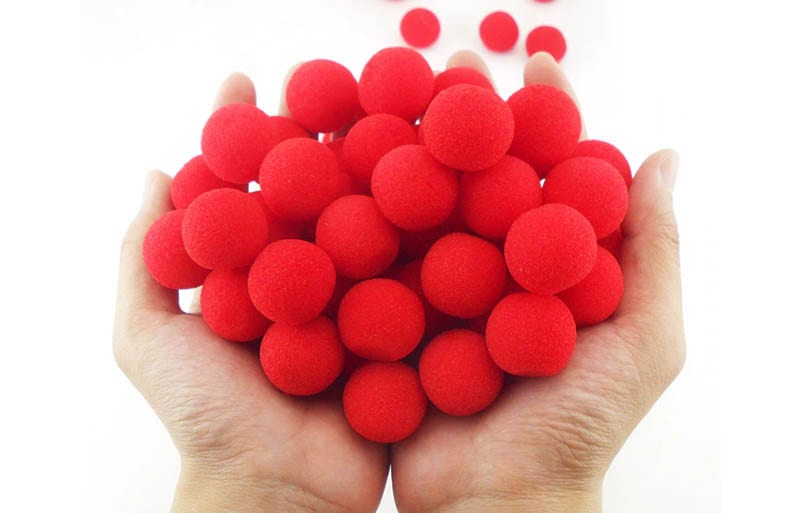 Sponge magic is a great thing in magic and doughnut sponge is an equally interesting little branch, it is suitable for performing and surprising people.

Although sponge doughnut requires combine with many other magic props, in return it will also bring a surprising moment for everyone, especially for children, because you know, children love doughnut.